See our previous interviews, with Susan Blum, and Sasha Newell.

Our guest this week is Distinguished Professor of Anthropology at UCLA, Sherry Ortner. Sherry’s celebrated career combines a variety of ethnographic themes, such as mountaineering, class, feminism, neoliberalism and film.

NET: Welcome to the nook Sherry.

NET: I recall that in a 2014 interview you mention that “patriarchy is everywhere still and yet nobody is talking about it.” Do you think things have changed ever since? We are in the midst of Harvey Weinstein scandal which given your ethnographic work in filmmaking should be pertinent to you. But from your above statement I gather you meant that we should talk about patriarchy as a global condition of sorts, generative of the mundane, and not just specific events…

SO: Let me start by saying that I have been very encouraged from a political point of view by the unfolding of the Harvey Weinstein scandal and everything that has happened since.  It is not just the cascading process of so many women coming forward.  It is the fact that the patriarchal chain of command, in this case, the media industry executives, are not supporting the harassers and abusers.  This is very important, because patriarchy is never just about individual predators, but a system that supports and protects and implicitly legitimates them.

I was also really quite thrilled by the Women’s March of January 2017.  I didn’t go because I had a cold, and also, I get somewhat claustrophobic in crowds. But I gazed in wonder at the photographs afterwards, those vast seas of pink hats, those women in every corner of the world (Paris! Duluth! Antarctica!), an estimated total participation, according to Wikipedia, of 5 million people. So it does seem like feminism as a movement may be getting into gear again, in unanticipated ways.

Of course we need to be cautious about making predictions. I remember having a conversation with Hildred Geertz in the 1970s, in the midst of the counterculture movement and the New Left movement and the Black Power movement, and I said Hillie, the genie is out of the bottle, nothing will ever be the same.  And Hillie kind of waved her hand and said, nah, it’s all going to go back to the status quo.  And there have been too many times in the intervening years when I remembered that conversation and felt she was right.  So it all does go back and forth.  But hopefully it is two steps forward and one step back, rather than the other way around.

And then there is the question of how all this links up to feminist scholarship, especially in anthropology.  For my own work, I have found myself re-motivated by all this to return to the issue of patriarchy, and try to think about it in new ways, especially in its relationship to capitalism and race.  The paper I wrote for the HAU fakery conference, on the Bernie Madoff scandal, is one recent effort to explore the relationship between patriarchy and capitalism.

NET: For some years now you focused your attention to certain interconnected themes – and more specifically how independent filmmaking in the US becomes embedded in contemporary politics of neoliberalism and social activism. What drew you to these topics and this particular ethnographic milieu? 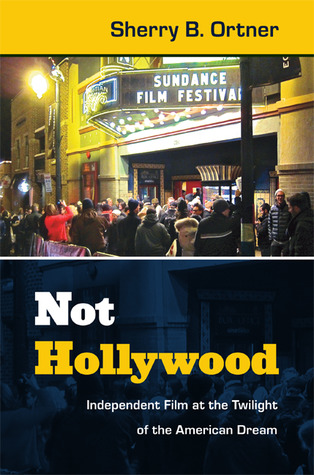 SO: I got into the independent film scene as an ethnographic object in a somewhat roundabout way.  I wanted to study “Hollywood” as a site of the production of “American culture,” in some sense.  I spent a year tapping every contact I could possibly find to get access to people in the Hollywood studios, but to no avail.  However, in the course of that year, I met many people in the independent film world, who seemed to be much more open and receptive to the project.  Their openness was partly related to the fact that they were not inside the studios, which have become completely corporatized.  But it was also related to the fact that they were actually interested in the kinds of things I was interested in, which might be summarized by the word “reality.” Independent filmmakers and producers see themselves as making films about “the real” (albeit sometimes in a very extended sense), as opposed to Hollywood which they say is all about “fakery.”

But now to the connection between independent film and my interest in neoliberalism:  As I began immersing myself in independent films as part of the research, I was struck with how heavy they were – dark, depressing, full of emotional (more than physical) violence, and often very hard to watch.  There is very little comedy in independent film and almost no happy endings.  And at first I thought, what is this all about?  Why are we being given a picture of the world which is almost unrelieved misery, about the endless cruelties of life, about how almost nothing turns out well?  And the idea slowly crystallized in my mind that we were looking at films not “about” neoliberalism (although there are several good documentaries on the subject) but films that were coming out of what neoliberalism feels like subjectively, to people of a certain generation and class who happen to be in the business of making films.

NET: Your 2015 article in HAU “Dark anthropology and its others” has become an instant classic in anthropology. The article is of course a sort of sequel to another celebrated piece, “Theory in anthropology since the Sixties.” What was the trail of thought which led you to writing the given piece? Did you feel that it was a good time, or even that it was needed to make sense of the conceptual landscape in anthropology at this particular juncture of time?

SO: In a way it just came together on its own.  I had often been asked when/whether I was going to write a sequel to “Theory in Anthropology Since the Sixties.”  But when I tried to actively imagine writing it, I never could see where it would go.  I could only write it when it was ready, as it were.  It’s like that famous line in the “Overture” to The Raw and the Cooked, that people don’t write myths, but myths write themselves in people’s minds.  Some of my papers are like that, including “Theory … Since the ‘60s” and “Is Female to Male as Nature is to Culture,” and then most recently “Dark Anthropology.”  They kind of write themselves first in my brain.  But I don’t want to get too mystical about this.  A lot of it has to do with teaching.  If I teach the same theory course year after year, but I keep fiddling with it over time to keep up with new literature, then eventually the changes in the course over time start to tell a story of changing theory in the field.

NET: Given your extensive research on the US indie film scene we feel obliged to ask: what are some of your favourite movies?!

SO: I think that’s harder than some of the more theoretical questions!  I watched over 600 movies in the course of the independent film project, and my taste in films changed over the course of the project.  I became very indie-fied, de-Hollywoodized.  I have little patience now for happy endings, for example, which now mostly seem to contrived, “fake.”   But I love documentaries very much, on almost any subject in the world.  That didn’t change; it only intensified.  I am reluctant to name any specific titles; there are so many great films out there, especially in the indie world.

NET: What does a usual writing day consist of for you? Do you have any habits or ‘rituals’ of sorts, which help you write?

SO: I don’t normally write at all during the teaching term, as my time is too broken up.  There was a famous story about Talcott Parsons, to the effect that he could stop writing in the middle of a word, get up and teach a seminar, and then go back to his typewriter and resume his train of thought.  That’s not me. I need long stretches of time in which to concentrate and maintain continuity.  When I do write, it is pretty intense.  I go into my study, close the door, turn off my email, metaphorically fasten my seatbelt, and think/write for about six hours a day if possible.  (After six hours my brain doesn’t function very well.) And when I’m in high writing mode like that, it also interferes with my sleep as I can’t completely turn off my brain. One of the many motivations for finishing a draft of a paper or chapter is so that I can stop thinking about it and get a good night’s sleep.

NET: Many thanks for taking time out of your busy schedule Sherry! Do you want to share anything else with us? Any thoughts or future projects ?

SO: I have various possible projects in mind, both ethnographic and film-based. But I’m reluctant to put anything on paper at this point as it’s all still pretty open-ended.  We shall see…