Our guest this week is Anthropology Associate Professor at Laboratoire d’anthropologie des mondes contemporains at the Université Libre de Bruxelles, Sasha Newell. He is the author of numerous publications exploring intersections of modernity, fakery and secrecy in Côte d’Ivoire, in including a monograph entitled The Modernity Bluff. 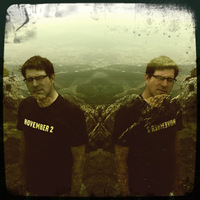 [NET]: Welcome to the nook Sasha. Skimming through the title of your work one can locate words such as “theft”, “bluff”, “hoarding”, “criminality” “sexual economy” and so on. All these indicate, at least to my mind, that your work focuses on the ‘dark’ dimensions of human sociality. How did this come to be: were such elements of the evident during fieldwork, or is this also a theoretical stance of yours aimed at ethnographic themes which are, arguable, underdeveloped in anthropology?

[SN]: Thank you for having me, Theo. What a charming locale for our interview! I certainly did not set out to investigate the dark side of human sociality, though I confess to being fascinated by witchcraft from early on in my undergraduate education. I will point out that as much as I explore the obscured, hidden, and masked in my research, I have been equally drawn to display and the spectacular (though as we know from the art of magical illusion, that which draws the eye often serves the purpose of hiding something else). In any case, I went to Côte d’Ivoire primarily to study style and postcolonial identity, within necessarily expecting to be investigating crime, cons, or bluffs. I’m from a small town of 350 inhabitants in Vermont, so I am basically a gaou (country bumpkin, sucker, mark, ignorant) by the standards of the Abidjanais I worked with, even if my origin in the U.S. gave automatic yere status (cool, savvy, capable of tricking or conning, streetwise, modern). I was quickly schooled in how to defend myself from everyday acts of deception which make up part of the fabric of sociality in Abidjan. I wouldn’t want to imply that everybody in Abidjan is dishonest, but rather that widespread economic desperation combined with a creative survivalist ethos make it very difficult for anyone to live there without navigating a daily barrage of scams, schemes, and exploitative entanglements. I suppose these are characteristics of many places. But I will say that there was a generalized anxiety about even the most intimate of relationships just under the surface of things – after all, the most likely people to bewitch you in this region are your own kin.

[NET]: Did your prolonged exposure in milieus of fakery, fraud and deception in Côte d’Ivoire reconfigure your personal stance regarding such traits of humanity? Do your view and understand deceit differently in your everyday life and outside your field site?

[SN]: I would have to say that yes, it did. Aside from the fieldwork I did in Paris just before arriving in Côte d’Ivoire, I had mostly lived within small social circles where it is much easier to maintain the illusion of transparency and honesty in social relations. As dramatized in Lars Von Trier’s Dogville, small towns are rife with open secrecy, but people work collectively to keep up appearances and deceive themselves about their honesty. Anonymity allows deception to come to the surface more readily. I had only had dalliances with urban life in which identity must be continuously performed to relative strangers, providing opportunities for more profitable forms of deception and secrecy. Coupé-Decalé, the most popular genre of music in Côte d’Ivoire, means something like “scam and scram,” indicating the popularity of criminality even amongst those who only experience it vicariously.

[SN:] I like all forms of games, especially board games, which are miniature worlds where you can watch structure and event crash into each other. I guess I enjoy taking false risks, where, as in Geertz’s cock fight analysis, everything appears to be at stake, but in reality little is changed by the outcome. So I enjoy gambling, but I’ve never felt comfortable losing money for fun, which is what happens most of the time. Otherwise the aesthetics of roulette would be very alluring (see image from Baie des Anges by Jacques Demy). I do find poker fascinating, which is the only form of gambling I know of where skill (at deception) has a chance of outweighing the odds, such that good players can consistently come out ahead. But I am not very good at bluffing, so my poker experience has mostly been made up of friendly games with very low stakes, where $5-10 could keep you in for an entire evening.

[NET]: What are the broader implications of you work on modernity and bluffing? It seems to me that the quest for modernity is very much active even in “modern” societies, and that what we call modernity – and everything ‘bad’ which comes with it such as capitalism, neoliberalism, etc. – create worldwide conditions in which deceit and competition flourish. Not only that, it creates conditions of doubt and duplicity that people are not even sure that they deserve their title or position in this global system – as in the case of the so-called impostor syndrome in academia! 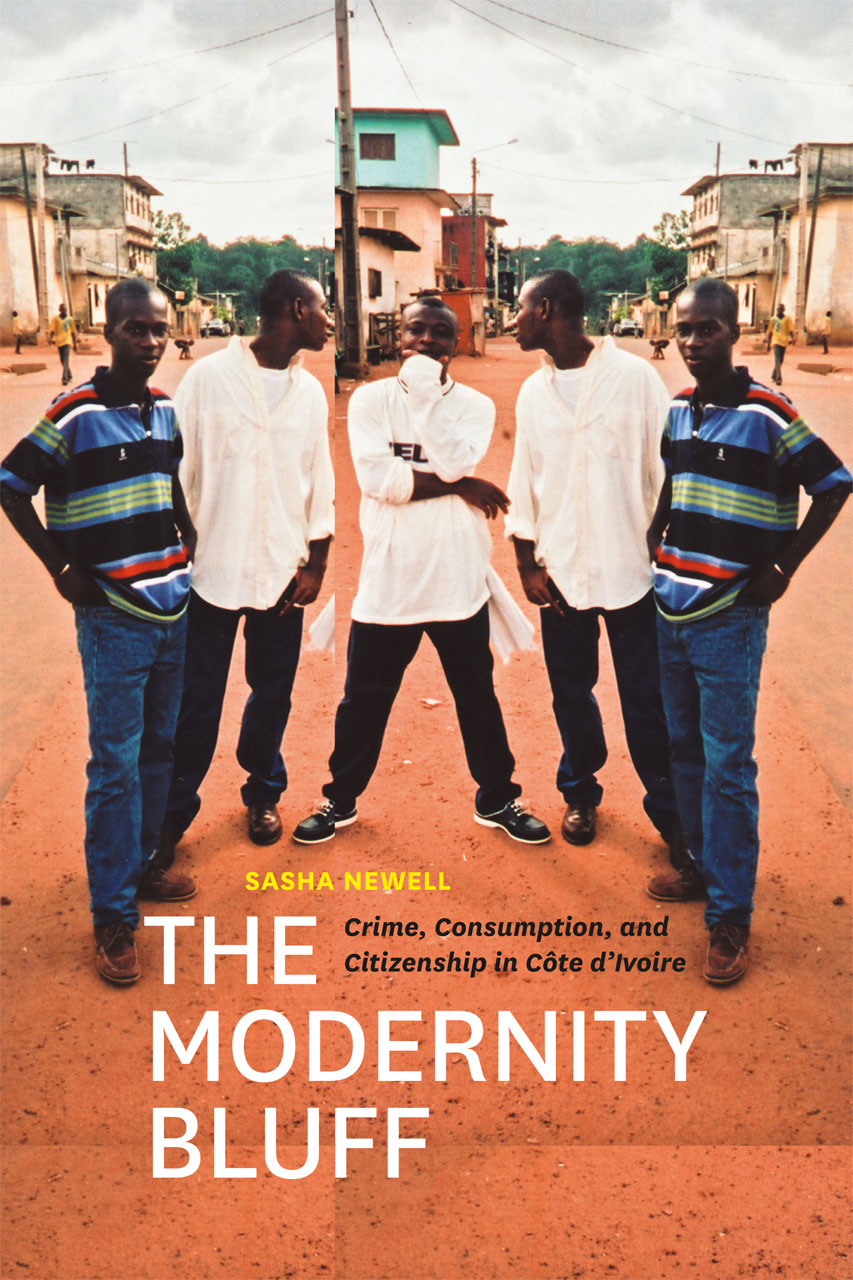 [SN]: In the conclusion of my book I argue that there may be a link between modernity and the obsession with fakery. This partly emerged out of my exploration of Ivoirian performativity and examples in which the distinction between the fake and the real seemed to be explicitly undermined, suggesting that the opposition may be variously shaped by cultural schemas. I linked the anxiety about authenticity to the emergence of the fashion cycle as a result of open markets of consumption in early phases of capitalism. I particularly like the work of historian Jean-Christophe Agnew on the parallel emergence of the market and the theater as in England in the Elizabethan period, where we see a change in the concept of performance from one in which the boundaries between performance and ritual, between histrionic fabrication and world-making were porous to one where theatrical performances are strictly bounded and removed from their audiences – precisely at the time that the market moves into the heart of the city. I link this to Simmel’s analysis of how imitation and differentiation become hooked to capitalist consumption and social hierarchy to suggest that the anxiety about authentic selves comes from a need to constantly bluff one’s way to success in capitalist societies. In the contemporary, this is endemic both to the financialization of the economy (as in Karen Ho’s work) where the depiction of success and growth is the most important part of achieving it and in interpersonal life, where consumption and self-mediatization remain crucial aspects of how we construct and interpret the person. In other words, the defining characteristic of modernity is its performance. We are all bluffeurs.

[NET]: What are your reading nowadays? Any ethnographers or novels?

[SN]: In the realm of fiction, I am reading (so seldom that my reading might be regarded as fictional) a novel by an old friend Bob Proehl called 100,000 Worlds about comic book conventions, and on my phone I’m taking intermittent stabs at Moby Dick, mostly to help me fall asleep. I recently finished and highly recommend I do not come to you by chance by Adaobi Tricia Nwaubani, which is a wonderful account of the Nigerian 419 world.

[SN]: In the world of ethnography, I just got Julie Soleil Archambault’s Mobile Secrets, which I started at the African Studies Association after finding the opening pages so spellbinding I couldn’t put it down. I’m also reading Achille Mbembe’s A Critique of Black Reason, though that is more philosophy than ethnography. And probably one of the more inspiring ethnographic pieces I’ve read this year is Jennifer Deger’s article “Thick Photography.”

[NET]: Thank you very much for your time Sasha! Is there anything else on your mind? Any other projects you are working on, or plans for the future?

[SN]: I continue to hoard material for my project on hoarding and storage in the U.S. I hope to release more of it into the world as soon as possible.

1 thought on “Interview with Sasha Newell”